This weekend I had the privilege of sharing the stage with Liverpool FC & England legend John Barnes.

At the end of the night John Barnes joined me onstage to perform the number one hit from New Order ‘World in motion’ on which John featured with his famous rap! See the video below & follow the link for the article featured in the Liverpool Echo. 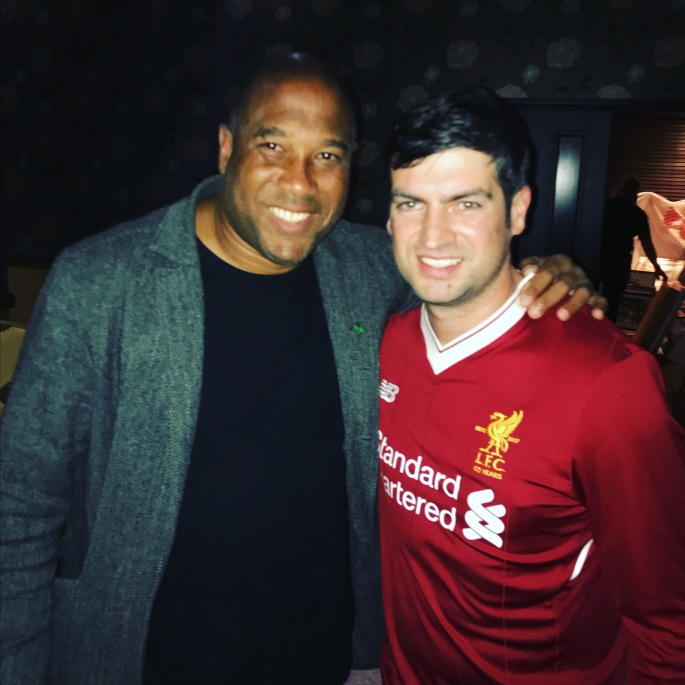